What is a mining pool?

Mining pools are services, operated by third parties not affiliated with Dogecoin, which allow a group of miners to combine their hashing power when attempting to solve the “puzzles” involved in mining Dogecoin.

Mining rewards - consisting of 10,000 Dogecoin per block plus transaction fees associated to the transactions included in the block - are awarded to the miner who discovers a valid Proof of Work for a new block before any other miner in the network. Anyhow, alone, a miner has a very limited hashing power in relation to the overall Mining Hashrate of the network. This means a miner, even when using a powerful ASIC miner, has a small chance at being awarded the next block. In practice, it could take a long time before a solo miner finds a block and is awarded the rewards associated with it.

By joining their efforts with other miners in a mining pool, which coordinates their work and distributes the rewards following pre-established rules the miners have agreed to, miners earn a steadier flow of Dogecoin. Even though they get awarded only a portion of the overall block reward, over a long period of time, mining in a pool allows a miner to earn a more predictable and usually higher amount of Dogecoin. 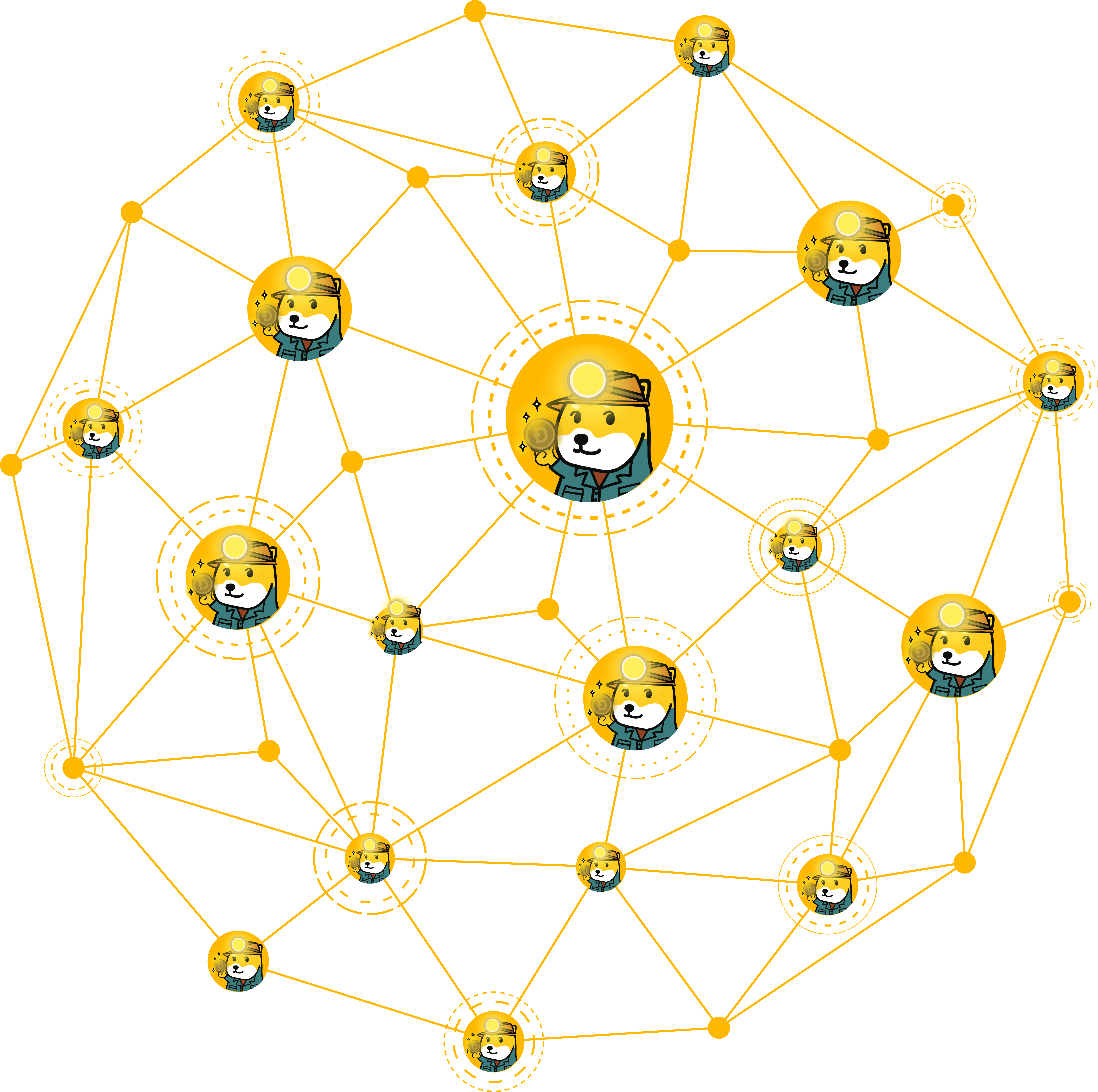 When mining in a pool, miners agree to accept the rules defined by the pool for the distribution of the rewards.

Importance and Influence of Mining Pools

Mining pools contribute most of the hashing power of the Dogecoin network. For this reason, due to the fundamental role that mining plays in a Proof of Work crypto like Dogecoin, they hold considerable power and influence.

Developers, node operators, and Dogecoin users are the other forces exercising influence on the network, and should, in general, balance out and keep in check the influence of mining pools and miners. Single miners can also opt to mine in smaller mining pools, instead of joining the largest and most popular pools.